The evening has dawned in the restless city of Jaffna. Walking the streets of Jaffna can quench your thirst. There are many places on the peninsula that you can visit on foot or by bike to get rid of the loneliness you feel.

If you drive outside the city limits in the evening, the noise around the city streets will slowly fade as the city darkens. Even if you continue to sympathize with that silent silence, you will not miss the endless screams of the crow that you often hear. 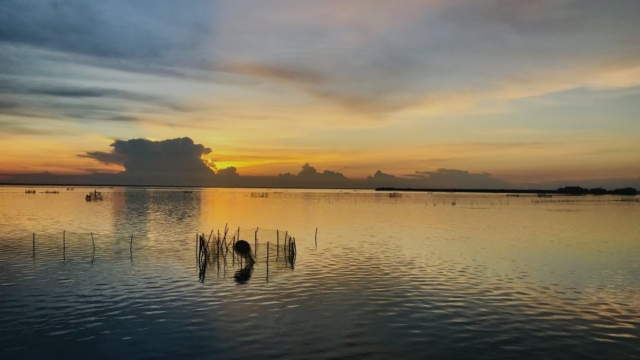 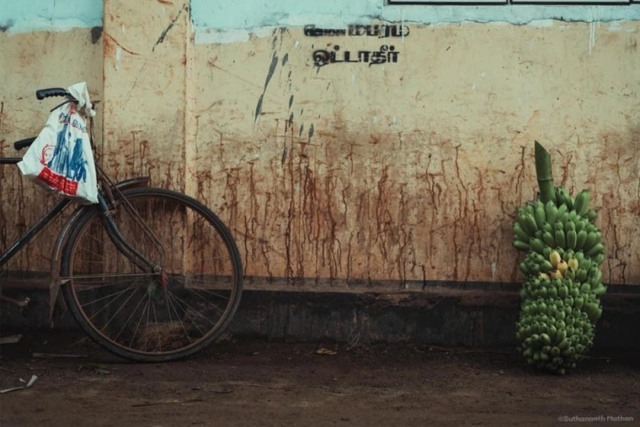 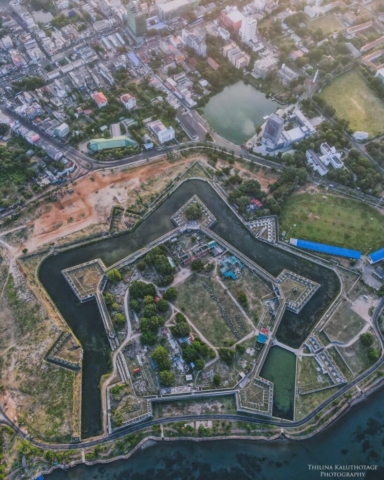 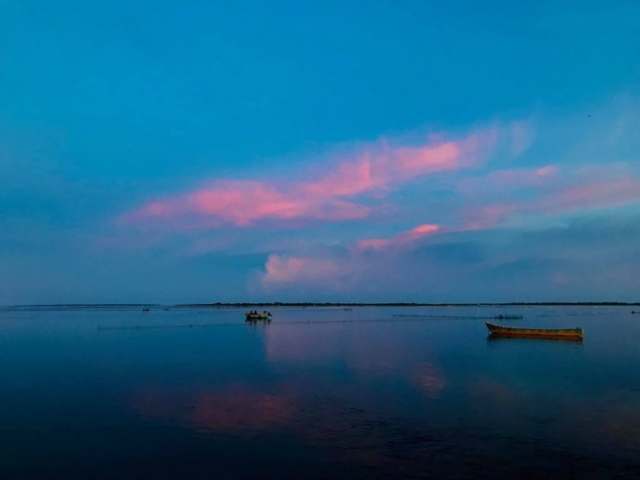 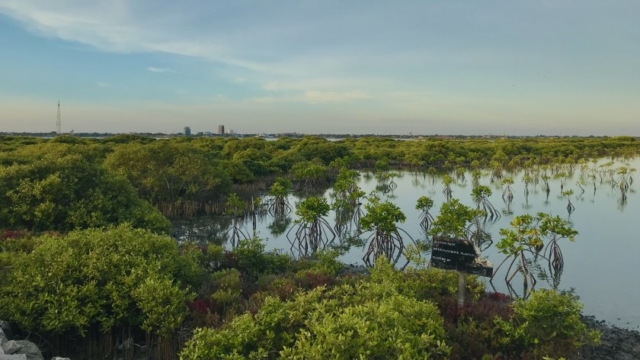 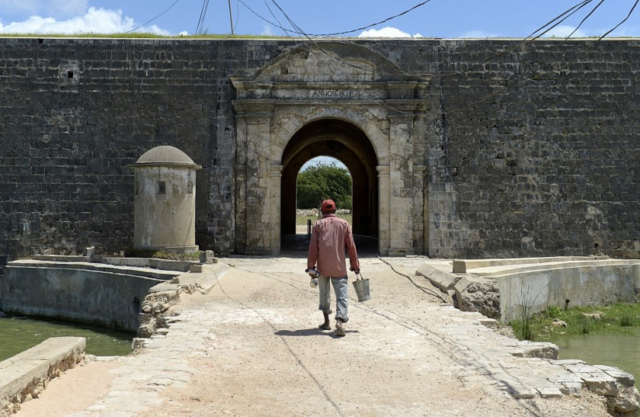 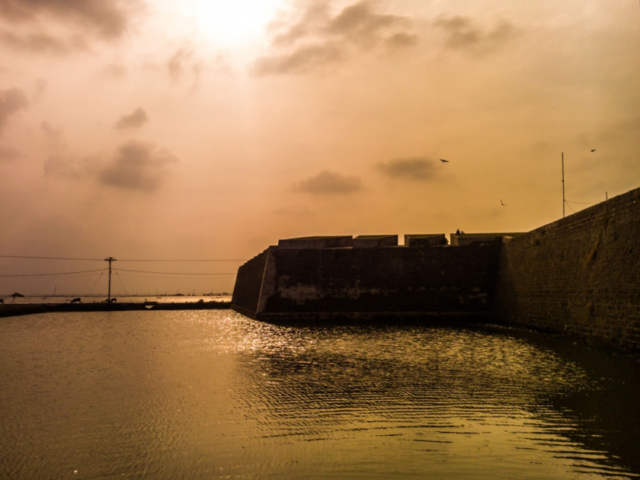 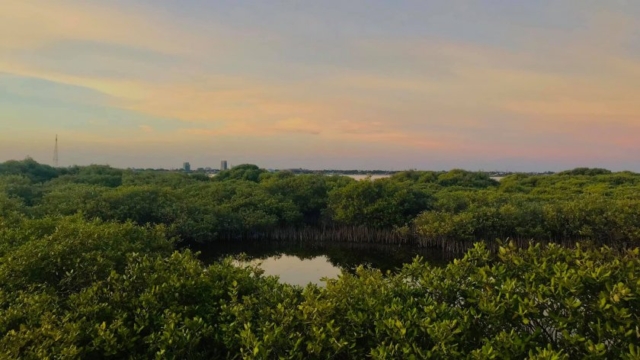 By bicycle outside the city

As you ride out of town on a bicycle, you see an old man with a long beard smoking a cigar and nailed to the wall of an old, dark building on the street corner. He cleared his throat and said something gruff and something to someone nearby. A can of bananas brought to market in the morning is still in the corner of the market. Bananas are large in size and slightly elongated. In Jaffna it is known as “Poovalu”.

If you look across the road in the early morning, you can see farmers in Jaffna loading their bicycles with banana cans or old Charlie bikes towards the market side of town. Among the bananas.

There is a good market for bananas in Jaffna. Demand for this specialty has grown significantly as a result of recent corporate scandals. The gray banana is finely chopped and fried in oil and added to food. Sesame oil is simply used to fry these bananas.

This market is located close to the main bus stand in Jaffna. If you cycle through it you can reach Jaffna Fort. This is the best place to buy dried seaweed, dried prawns, rice flies and bonds. There are two sacks of chillies in front of each shop. These are the ones packed with salt.

On the way to Jaffna Fort, the wind blows from the lagoon, extinguishing the fatigue. The visitor feels that the salty nature of the sea breeze is not felt today as the sun sets.

The Dutch logo on the entrance to the fort still exists. It is also beautiful to watch the sunset from the fort in the western sky.

If you are visiting Jaffna, you should definitely visit Gurunagar and experience the beauty here. The Pannai Causeway is a narrow bridge that stretches as far as the eye can see. The Pannai Narrow Road in the middle of the Jaffna Lagoon allows access to many islands such as Kayts, Nainativu, Delft, Punkuditivu and Analativu. This narrow bridge is marked AB39 on Google Maps.

The fort faces the Pannai beach. This fish resource strengthens the economy of the fishing community around Gurunagar. The Pannai Narrow Road takes us to the Jaffna Archipelago. One can first reach Mantiv Island by crossing the Pannai Causeway. Pannai Lagoon is an area. Shrimp boxes and boats can be seen on either side of the narrow bridge.

Entering Mantiv Island and looking at the Dutch Fort in Jaffna, the city’s stunning cluster of buildings is astounding. Meanwhile, the top of the Jaffna Library and the newly constructed Cultural Hall stand out. As you cross the bridge, you will see a Catholic church with a statue of Jesus crucified on a small island in the south. That is Kuruchativu Island.

Color patterns in the northern sky

The sun prepares to set in the western sky, creating patterns in the northern sky. Jaffna Fort is one of the best places to visit for this beauty. Jaffna Fort is a legacy of the country’s colonial past. This famous Dutch fort was built by the Portuguese in 1618 under Philip de Oliveira. It was rebuilt in 1680 by the Dutch who captured the fort.

Designed in the shape of the Pentagon, it is a symbol of 400 years of Dutch architecture. The five corners of the Pentagon represent the provinces of Sealand, the Netherlands, Gelderland, Utrecht and Friesland.

As you explore the interior of Jaffna Fort you will find the Dutch logo at the entrance. Inside the fort are the ruined Dutch lieutenant governor’s house, military barracks, prison cells, warehouses, a Dutch church, security rooms, police quarters, a prison, a court, a playground and a hanging area for convicts. The hand is a bell tower for communication.

Tunnel system connected to the ocean

Many of the sites here can now be seen as mere stone remains. Surprisingly, the outer structure of the Jaffna Fort, made of limestone and black coral, is still strong. Amazing. Inside the box is a system of tunnels connected to the ocean. It is a testament to the ability and readiness to defeat any hostile force from the outside.

Nine percent of Sri Lanka’s total land area is in the Northern Peninsula alone. This peninsula is a collection of dry plains and many islands. Mandativu Island is an island located about 5 km from AB 35 Road, Jaffna. Kayts Island

Occasional showers with winds during the period from October to December create a very unfavorable environment. It is a wonderful habitat for migratory and endemic birds.

Scattered grasses and colorful plants on white sand add to the beauty of the place. Trees as well as grass are bent towards the land by the strong winds blowing from the sea to the land. Among the plant species, Manda, Maha Kadol and Punkanda are common.

If you look at the city of Jaffna from Mandativu Island, you can clearly see the upper part of the Jaffna Library building, the newly constructed cultural courtyard in front of it and the strong wall of the Dutch fort. The Jaffna peninsula itself is engulfed in darkness as the sun sets, largely hidden in the ocean. It is a silent signal that you have to apply the pedal of the bicycle and return to the Jaffna city limits.