With the recent spread of the corona virus, there has been a lot of talk about it. This article is about the viruses responsible for many of these diseases, including the disease itself.

Viruses are a group of pathogens that are usually much smaller than bacteria. They are unable to reproduce outside the host body.

It is known to be a major cause of viral infections. You will be reminded of the new corona virus that is spreading these days, the 2014 Ebola epidemic in West Africa and the 2009 A H1N1 / swine flu epidemic (global outbreak). Such antivirals are the main enemies of medical professionals, but their others also serve as research tools.

The virus is much smaller than the bacteria. 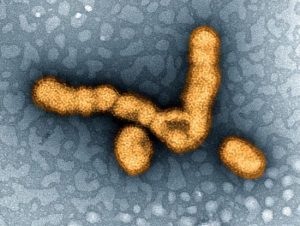 In 1892, experiments by Dmitry Ivanovsky, a Russian university student, Beijerink, a Dutch microbiologist, and others showed that a very small, non-bacterial pathogen was present. It took another few decades for anyone to actually see a virus. According to a 2009 article in the Journal of Clinical Microbiology, the electron microscope was developed in 1931 by German scientists Ernest Ruska and Max Knoll and was the first to test the tobacco mosaic virus.

Here are some of the key components that make up all viruses. A, DNA. Or RNA (any virus can have only one of these types), and a protein coating. Some have a lipid envelope on the outside of the protein cover.

Jacqueline Dudley, a professor of molecular biology at the University of Texas at Austin, said, “A virus is a parasite that needs to replicate (make its own copy) in a host cell.” This is because a virus does not have the complex biological processes that make up a host cell. “Host cell machinery transmits viruses to viruses. RNA from production. A virus that does not cause the pathogen in a host cell but remains free is called a virus.

The primary function of a virus or virus is to transmit its DNA or RNA to the genes in the host cell. The host cell is then able to express (copy and translate) the genome.

First, the virus must enter the host body. Airways and open wounds can act as gateways for viruses. Some viruses travel to an insect’s body and enter the host’s body after being bitten by an insect. According to the authors of “Cell Molecular Biology, Volume 4” (Garland Science, 2002), such viruses can mutate in both insects and host cells but differ from each other. Examples are the viruses that cause yellow fever and dengue fever. The virus then attaches to the surface of the host cells.

Once inside the body, viruses release their genes and disrupt various parts of the cell interior. Viral genes direct host cells to produce viral proteins (often stopping the synthesis of any RNA and proteins that can be used by the host cell). Eventually, the virus destroys the host cell, comes out of it and spreads from the host. For example, when you have a cold, 20,000 drops of rhino virus or corona virus particles fall out of one kiwi. All those drops need to touch or breathe is to spread the common cold. 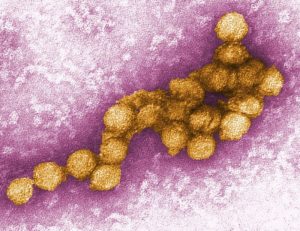 Hygiene practices such as sanitary hygiene, waste disposal, clean water use and personal hygiene should be followed to prevent viral infections. The spread of many viral diseases can be prevented. Vaccination activates the immune system (an antibody-containing preparation that provides antibody synthesis and immunization), which is effective in preventing common infections caused by acute infectious viruses.